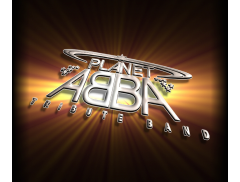 As the leading Abba Tribute band, Planet Abba are the perfect choice for your event, working with you to provide the best in entertainment to make your event just right for you.

Established now for over ten years, Planet Abba have succeeded in establishing themselves as the UK’s leading Abba tribute show. Their professionally choreographed stage show, with many costume changes, faithfully encapsulates the sights and sounds of Abba and their endless stream of unforgettable hits. Gaining a renowned reputation, returning to venues time and again due to high demand, they also provided the entertainment at "The Highland Games", varied outdoor music events in central London and many high profile conferences. Planet Abba have worked alongside several named artistes, including The Four Tops, Slade, Mudd, Jimmy James and The Vagabonds, 911, Showaddywaddy, The Real Thing, Alvin Stardust, Chesney Hawkes and The Royal Philharmonic Orchestra. They are the official holograms at Abba World Not only are they a big success in this country, they have also performed internationally in countries such as Qatar, Spain, Belgium, Italy and Russia. This highly sought after band were requested by the BBC to appear in a documentary. They featured in BBC 2's "Pay Off Your Mortgage". Planet Abba were the pre-match entertainment at Leeds Rhinos stadium, live on Sky TV and they were also guests of honour, performing in front of thousands for a radio station in Bangalore, India. Their enthusiasm and professionalism both on and off stage, have secured them many re-bookings and has earned them a reputation beyond reproach.