Use our free service to get quotes for Tribute Bands in Llandovery. 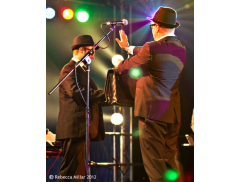 This high energy 11 piece show band have wowed audiences across the UK with their rip-roaring sell out two hour show that features all your favourite songs...

'Under the Fridge', the Red Hot Chili Peppers tribute band that's been building an explosive reputation up and down the country. Audiences are familiar with the Chili's extensive catalogue of hit singles and albums and Under the Fridge play the full range of Chili Peppers material from early punk-funk to the melodic pop and rock of recent years.  Since 2010 this fantastic foursome has been delighting festivals, parties, VI Form and Uni balls, functions and clubs. Featuring the most authentic Anthony Kiedis mimic this side of the Chili's dressing room mirror, Under the Fridge's high energy performances (and optional semi-nudity) always leave the crowd baying for more... 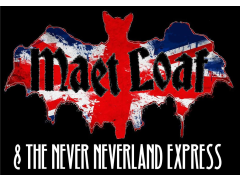 Maetloaf and the Never Neverland Express

Having had the pleasure of seeing Got to be Michael previously I had no doubt who I wanted to provide entertainment at my 50th Birthday Party! From initial enquiry to the actual night I couldn't have asked for an easier process. All my enquiries, musings and last minute flaps were dealt with brilliantly, nothing was too much trouble. When the actual night arrived Anthony was there on time and was set up well in advance, then the show started........ BRILLIANT doesn't really describe it adequately, everyone had the most fantastic time - even my aged Uncle who 'doesn't really do parties' has asked when the next one is. I love Anthony's work, I have seen him many times since my party from large festival venues with thousands in the audience to private parties. So if you are looking for an entertainer who truly reflects how much he enjoys his work in his performance, look no further. Book him - you won't be disappointed!

Request a free quote
AS

Come Up and See Me

One and Only Adele Tribute