Use our free service to get quotes for Tribute Bands in Aston Flamville. 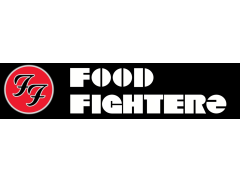 The Food Fighterz pride themselves on being authentic to the sound/ image and stage presence of the real Foo Fighters. . . Like the real thing, the Food... 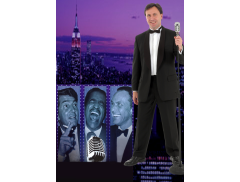 Start spreading the news, yes the memory of Frank Sinatra and Dean Martin is alive thanks to this excellent Rat Pack singer from the Midlands. ....

We are a entertainments company with 20 years experance 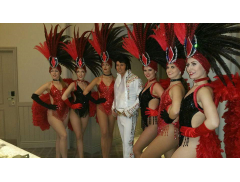 Elvis, Tom Jones and Soul Man tribute. Based in West Midlands but will travel throughout the UK.

We booked Carl as Elvis for my Uncles 60th birthday party at home. I have to say the organisation and help from both Katie and Carl was second to none. They really helped us keep the act a surprise. They came and set up and sound checked while my uncle was out allowing it all to be a brilliant surprise. Carl's act was tremendous every guest commented on how much he performed and sounded like Elvis and what good fun it was. There was no rushing to leave afterwards either Carl stuck around for pics with our guests. I have to say this booking Carl was an excellent decision it made our family party and was brilliant entertainment. How many can say they had Elvis to perform in their home in the 60th Birthday ......my Uncle can 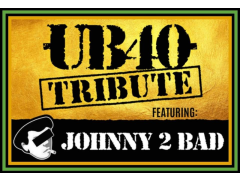 Johnny2bad performs the music of UB40, and will travel to any Location Worldwide 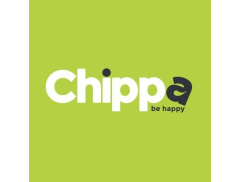 Stephen Cesari : A Tribute to the 1950s and 1960sSolo Artiste Put on your blue suede shoes, slip into your skinny jeans and come and dance the night...

Steve sang at my in-laws Golden wedding Anniversary. We had a wide range of ages at the party with a lot of older folk so were keen to find a singer who could span the ages. Steve was brilliant - a fantastic singer who had everyone up dancing with his great mix of music. A really nice guy - flexible about timings - went above and beyond to ensure a successful event - thank you so much Steve - you made the night. I cannot recommend highly enough!!

Echoes of the 80s

Echoes of the 80s : Professional solo artiste/vocalist performing a unique tribute to the 1980s with hits from the Duran Duran, Spandau Ballet, Human... 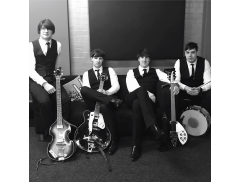 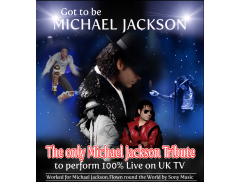 Having had the pleasure of seeing Got to be Michael previously I had no doubt who I wanted to provide entertainment at my 50th Birthday Party! From initial enquiry to the actual night I couldn't have asked for an easier process. All my enquiries, musings and last minute flaps were dealt with brilliantly, nothing was too much trouble. When the actual night arrived Anthony was there on time and was set up well in advance, then the show started........ BRILLIANT doesn't really describe it adequately, everyone had the most fantastic time - even my aged Uncle who 'doesn't really do parties' has asked when the next one is. I love Anthony's work, I have seen him many times since my party from large festival venues with thousands in the audience to private parties. So if you are looking for an entertainer who truly reflects how much he enjoys his work in his performance, look no further. Book him - you won't be disappointed!

23 miles from Aston Flamville
AS